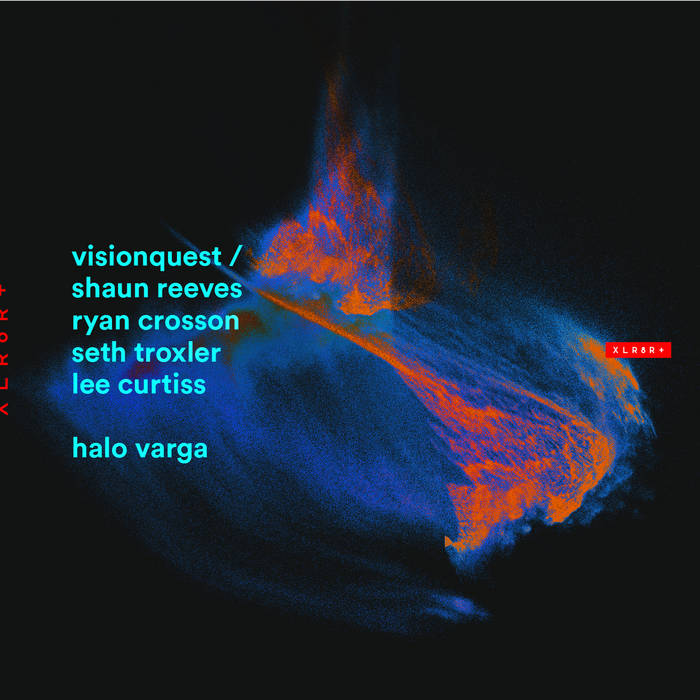 Sabri Kemal Corek loved every single release
all on fire. thank you so much for sharing <3 Favorite track: Afire.

XLR8R+019 is a special edition from Visionquest, the collaborative project of Ryan Crosson, Lee Curtiss, Shaun Reeves, and Seth Troxler, who announce their reunion after six years apart.

Troxler, the youngest of the Visionquest crew, left in the early months of 2014 as one of the most in-demand DJs in electronic music. His departure, a mutual decision to protect the long-standing friendships that had underpinned the collective from their early years in Detroit, triggered the end for Visionquest as we knew it; then one of the most celebrated collectives in electronic music, Crosson, Curtiss, and Reeves stripped-back operations and focused their energies on the label, which they started 2011. By 2015, they had stopped touring together, drawing a curtain on the all-night-long multi-deck DJ performances that had resonated so deeply in an electronic music landscape dominated by functional house and techno.

A lot had happened in the years since. Crosson and Curtiss have both married, the latter has even become a father, and Reeves has returned to Berlin after a short period in Ibiza. Troxler, meanwhile, has enjoyed a life in the spotlight but is now ready to join the others in committing his time to the Visionquest project, frustrated at an increasingly business-orientated music scene. "Back then I was trying to be something, but now I just want to be a good DJ and to create a good legacy, and to enjoy myself with my friends,” he explains. “I just miss the old gang."

So, beginning this summer, and to celebrate the label’s 10-year anniversary, Troxler, Crosson, Curtiss, and Reeves will reunite to embark on Visionquest’s second chapter, aiming to continue where they left it. Proceedings will begin with a series of 10-Year parties, with dates to be announced, after which they’ll ramp up operations with Visionquest sets and the label. Troxler, now based in Ibiza, will shut down his other labels to focus on Visionquest, and he’ll join the others in committing time to tour as a four. After six years, the band is back together.

To mark the occasion, we've prepared a special Visionquest edition of XLR8R+, featuring a long-form feature discussing the reunion, including interviews with all four members. Each member has also provided an exclusive track, available for download. As a long-standing fan of Zip and the Perlon label, Reeves presents the trippiest of the bunch, while Curtiss’ and Crossons’ are more slick and groovy. Closing out the edition is a rare track from Troxler, who has collaborated with Crosson on "Breathing."

As an extra, we've included a Studio Essentials feature with Triptease, who talk XLR8R through the gear behind their debut album, Mescaleros, out in April.

Mastering is once again provided by Kamran Sadeghi.

Thank you for joining the independent movement.