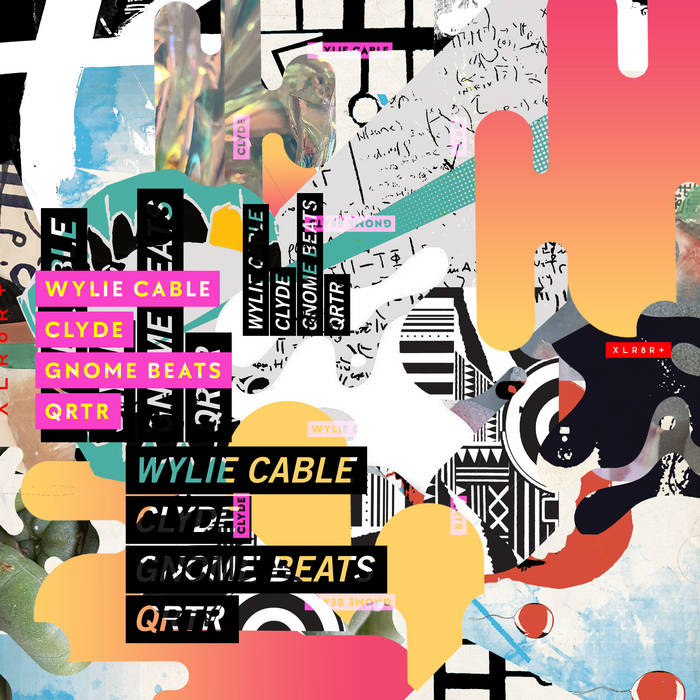 We're ready to present the 31st edition of XLR8R+, and it's curated by Wylie Cable—head honcho of Dome of Doom.

We're delivering this package in celebration of the Los Angeles label's 10th anniversary. Founded in 2011 as a platform for Cable’s unshackled musical musings, Dome of Doom has since moved beyond the beats scene where it made its name to focus more broadly on artists who are expanding and altering the rules of their chosen genres in radically creative ways. For this edition, Cable has chosen three artists who underline this ethos in CLYDE, a mysterious English producer; Gnome Beats, the alias of Timo Ceniceros; and QRTR, real name Maegan Rodriguez. Cable, a prolific producer in his own right, has also delivered an exclusive track.

We open the edition with CLYDE’s “ESCORT MK1,” which nods to hardcore and jungle but in its whirlwind ending you’ll find a sign of how the rising producer envisages himself structuring his tracks moving forward. Then there’s Gnome Beats, who has sampled some old sketches across “Systems,” a slice of woozy psychedelia. QRTR, a new signing of Dome of Doom, and one of only a few to make bass-driven house beats, comes next with a sun-tinged hypercolor groove, before Cable wraps up the edition with “Mike Gao Flips 147,” an atmospheric rework of melodic loops he received during lockdown. “These are all artists on Dome of Doom that I feel have brought unique sounds into the fray and continue to release music with us,” Cable says.

The artwork this month comes from Gnome Beats.